The World Cups has been a very special and unique soccer tournament since 1986. It was based on individual registrations, with volunteers managing six-a-side teams with players from different clubs and skill levels assigned to play in team shirts of competing World Cup countries.

What started as a one-time fundraiser by Cordova Bay United to send the U18 Team to the Gothia Cup in Sweden and to celebrate Canada’s first appearance in the World Cup Finals, became a celebration in its own right fostering the excitement of participation for all, fundraising for travel and cultural exchange for many, making new friends, and pride and interest in national teams.

Throughout the years, the very essence of World Cups envisioned by Frank Leversedge has been wonderfully maintained by a succession of enthusiastic club and municipal leaders, family based supporters, alumni, senior teams, and keen community-minded sponsors. The on-going development of Lochside Park through the original Cordova Bay Soccer Club, now part of the Saanich Fusion Football Club, and the Saanich Municipality has given us a legacy to be proud of in its clubhouse, Well-lit fenced playing fields, and artificial turf “Frank’s Field”. The World Cups has been missing from Lochside Park for three years, but it is with pride and enthusiasm it returned during 2016.

​​Through the resurrection of the festival in 2016, a group of Saanich Fusion players received funding to go to the Gothia Youth World  Cup.  In 2017, through Frank's Fund and World Cups' general funds we sent a Gorge group to the Gothia Youth World Cup.  The fund also supported Mr. Frank Woods in his support of an oversees developing youth player from Indonesia.   More recently, it funded the U14 Vancouver Island Wave team to travel to Spain in 2019.For more information on the Frank Leversedge Memorial Award please click here. 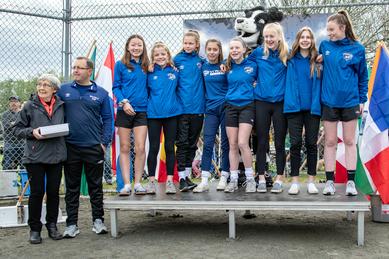 MS Kick for the Cure  & Anneswer to Cancer, PFC & VHFC 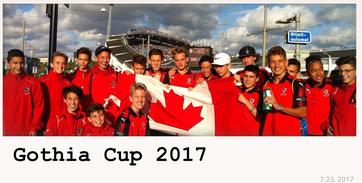 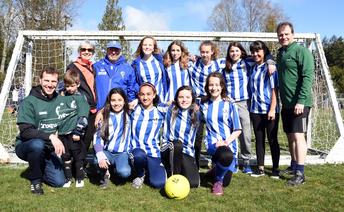 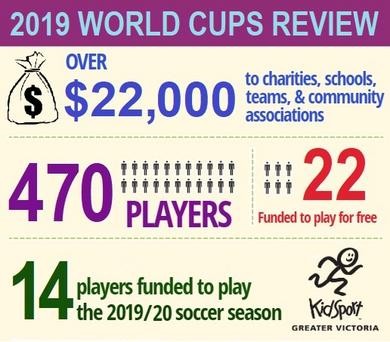 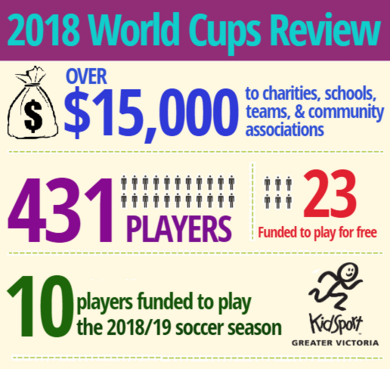 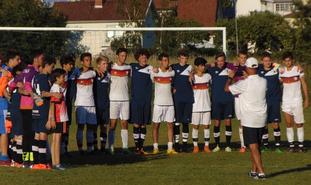 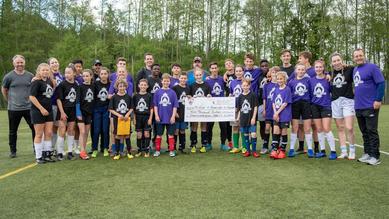